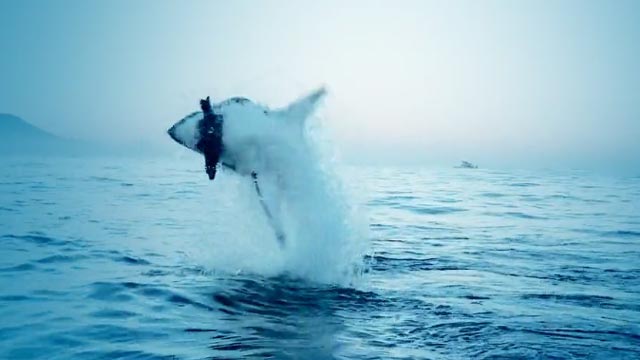 This amazing shot shows a shark attacking a seal decoy. Great Whites hunt seals by coming from the deep at high speed and hitting the seal out of the water. The sharks speed is enough to lift the seal and itself often weighing over a 1000 kg straight out of the water. This video captures this action clearly in Table Bay (South Africa), the biggest breeding ground of Great White sharks in the world. 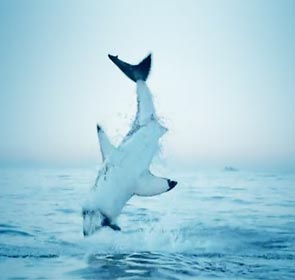 10,000 Facebook Fans
Posted on 26 February 2014 by LePecheur
This entry was posted in Fishes. Bookmark the permalink.