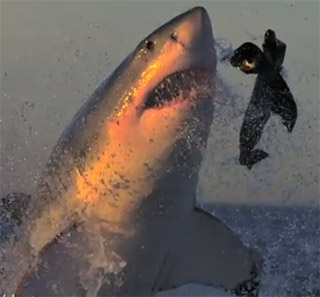 Awesome video from Discovery Chanel:  great white shark attacks.
Filmed at 1000 frames / second using a Phantom camera, we see these monsters getting out of the water their murderous jaw.
With extraordinary ferocity, they attack  seals-shaped lures. The shark rejects the decoy when realizing  it has been fooled and that’s not real food.
These beautiful images are absolutely fascinating.

Of course, we don’t have to blame the shark, which obeys its instinct. Sharks are not our enemies but they are massacred by the worst predator: man. 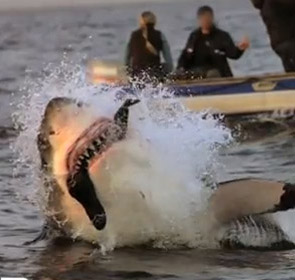 10,000 Facebook Fans
Posted on 21 February 2013 by LePecheur
This entry was posted in Fishing Videos. Bookmark the permalink.