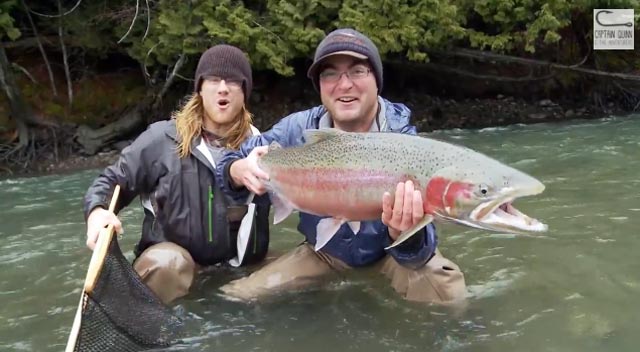 A big steelhead trout caught by a Captain Quinn’s buddy:
Length 40 inch
Girth 20
Estimated weight 20 lbs
What a fish! And a pleasure for this band of happy anglers! 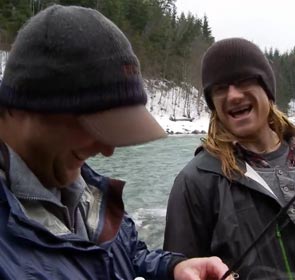 Well done guys, not so far from the record.
The present world record steelhead was caught in the Hoh river, Washington, USA by a gentleman named Peter Harrison on a spey rod. The giant officially weighed in at 29.5 pounds. and is recognized by the International Game Fish Association as the new world record steelhead.

The previous world record for 8 kg tippet was a 28-pound fish caught by Chuck Stephens on the Skeena River on 20 October 1985, 24 years ago.

10,000 Facebook Fans
Posted on 28 February 2014 by LePecheur
This entry was posted in Freshwater fishing. Bookmark the permalink.