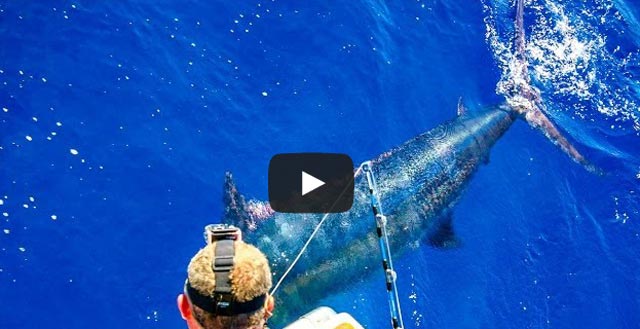 A  big game video entirely filmed GoPro aboard On Stricke II, an Australian fishing charter.
Of the action on rhythmic music, with lots of fish: tuna, dolphinfish, grouper, and especially marlin.
All caught marlins were tagged and released in good health. Enjoy! 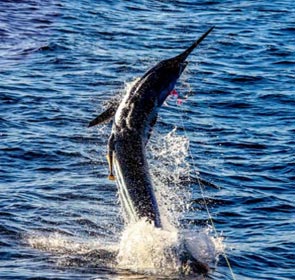 If you go to Australia and want to reserve a fishing trip, their website : On Strike

A message from Matt, who shot the video:

The footage was recorded over many years of fishing with “Onstrike Charters” based out of Exmouth in Western Australia, captain Josh is a good friend of ours.

Some of the footage was also shot on an extended trip with Onstrike out to the remote Montebello Islands off the North West cape of Western Australia.

I have around 500gb of raw Fishing & Diving footage and decided to create a quick 5 minute video showing some of the more exciting stuff we had seen over the years which resulted in this clip – to be honest I did not expect it to be as popular as it has!

I also have a website @ subaquatic.com if you like fishing / surfing / diving videos its worth a look. I’ll try and upload some new fishing videos to my youtube channel soon 🙂

10,000 Facebook Fans
Posted on 6 March 2014 by LePecheur
This entry was posted in Fishing Videos, Saltwater fishing. Bookmark the permalink.